One of the best parts about learning to play an instrument is the prospect of eventually getting up on stage and performing. This can happen in a variety of places, from small shows at local venues to bigger concert events like The Guitar Gym and Sono Music Performance Showcase. Anyone can get up on stage and play, but what really makes a good performance is good preparation. This article outlines how to approach practising to perform. 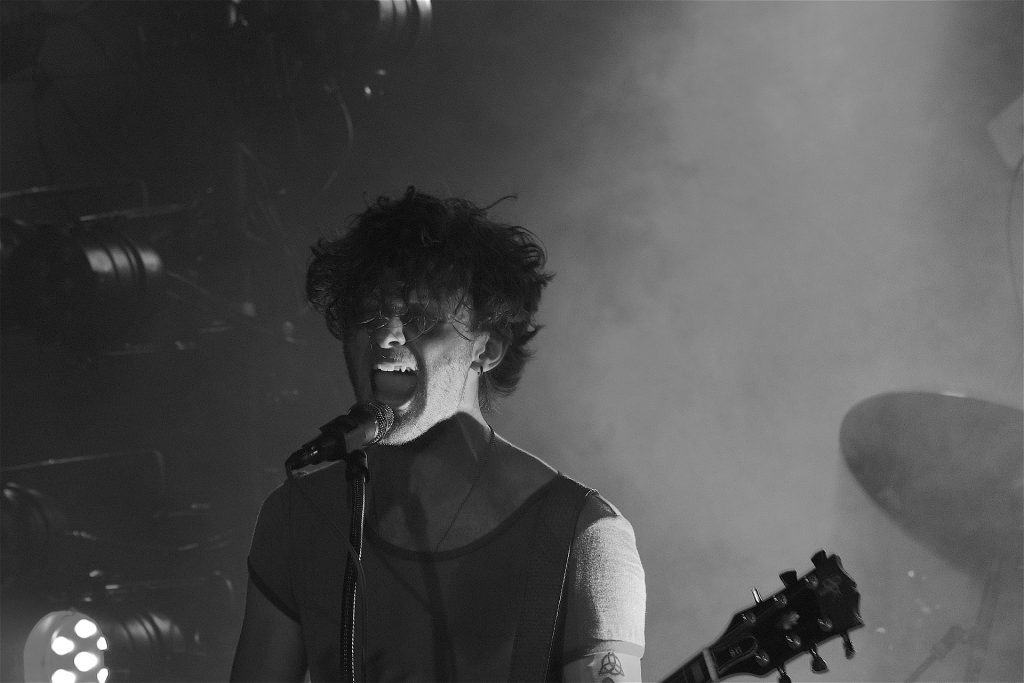 The first point almost goes without saying – you should pick songs that are at the upper end of what you can play (that way you’re showing off what you can do). But don’t pick anything that you can’t play confidently. Or at least make sure that you’ll be able to play it confidently in plenty of time before the performance. Pick a song you are confident you can nail well before show day. That way you can work on all the other aspects of preparing your performance.

Also consider your bandmates when picking a song. A song that suits you really well might be at the wrong level for your bandmates, or might be the wrong style of music for them. Think about what your bandmates can and can’t do, as well as what they do and don’t like. If in doubt, just talk it over with them!

Your target audience is also a big factor in song choice. If you’re playing at your local church, then you’ll probably want to avoid playing any black metal. That is a bit of an extreme example, but it’s definitely worth considering the age and disposition of your audience and selecting songs accordingly.

It’s quite surprising how many performances fall flat on their faces because one of the band members doesn’t know the song as well as they should. Once you’ve decided on a song, start learning it right away and stick to it. Don’t keep changing songs, and don’t leave anything to the last minute. When practising to perform, internalising material works best if it is done over a longer period of time. You can’t cram for a performance. Learning the song isn’t the only part of preparing for a concert, so getting it started early gives you more time to focus on the other aspects of the performance.

Make sure to rehearse your song with the people you are playing with if you get the chance. While it is theoretically possible to get up on stage, introduce yourself to your bandmates and then pull off a convincing performance, it’s something that is best left to serious session players and jazz masters. Even if you all know the song inside out and can play it perfectly with the track, it is going to sound different when your band plays it. You won’t be able to get used to the ebb and flow of playing with humans while on your own. You also might find some eccentricities in the way your band mates perform certain parts, which may throw you off the first time you hear them. It’s best to have that happen in the practice room, rather than in front of an audience.

Get in The Zone

“The zone” can be taken literally or figuratively. When you are practising to perform, think about what the performance space is likely to look like, and think about ways that you can use that space when you are performing. Consider whether you’ll be standing up or sitting down, and make sure that you practise that way. If you spend all your practice time sitting down, you’ll have a bit of a rude shock when you go to play standing up! Try to account for every possible distraction or discomfort, and keep practising to perform your stuff until you’re sure that you’ll be able to nail the song despite all the potential problems you can think of. If you can get to the venue before your performance to check it out, then all the better!

Make sure to have at least a couple of tries playing your song in “performance mode”. Set yourself up as if you were on stage in front of people, and play as if it’s the real thing. Think about body movements, facial expressions, and how well you play the material while you’ve got these other things on your mind. You can do this with your band as well – consider who will be standing where, how you move and how you interact with each other.

Make sure you know your stuff back-to-front. Know the song to the point where you can play it without thinking about it very much, and you’ll have a much better time on stage. You having a good time and not stressing about the song will translate into your performance, and you’ll put on a show worth remembering.

The best way to memorise a song will depend on your learning style, but there are a few techniques you can try out. The best place to start is compartmentalising the song. You will have a very hard time trying to memorise an entire song from start to finish, so divide the song into manageable chunks. You can do this in bigger sections like verses and choruses, or smaller sections like lines or phrases. Tackle each section individually, then fit them together to make the song. You will find that this approach is much more effective and much more efficient than trying to tackle the whole song from beginning to end. You can also prioritise sections depending on their difficulty.

There are few things more painful for an audience than a performance that is obviously underprepared. There are also few things more painful for a performer than having a song fall to pieces because it wasn’t properly rehearsed. Consider the above points when working on your songs in the lead up to your performance, and ensure that you make the event the best it can possibly be, both for yourself and for your audience.